Philips Lighting installed the country’s first Philips ArenaVision LED stadium lighting system at St. Vincent’s Stadium in Istanbul, Turkey. The energy-saving lighting system in the arena and stands prepares for the semifinals of the Turkish Airlines European Basketball Champions League held on May 19-21. The lighting system meets the FIBA television broadcast standards and can enhance the audience experience through dazzling music and light shows. 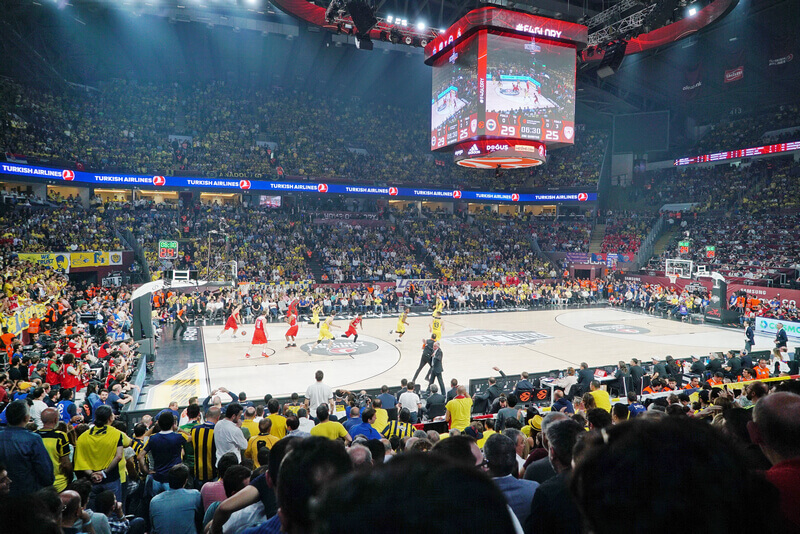 The new Philips ArenaVision LED lighting system is an ideal venue lighting choice for fast-paced games such as basketball. It not only improves the comfort of the athletes during the game, but also provides a high-quality viewing experience for the more than 16,000 spectators and basketball fans who watch the game through TV broadcast. The lighting system meets the stringent strobe and ultra-high-definition slow-motion playback requirements of high-definition television broadcasting.

The basketball court uses 92 sets of Philips ArenaVision LED floodlights for court lighting, and 96 sets of Philips SportsStar LED floodlights are used to illuminate the stands. Compared with traditional lighting, the new system reduces energy consumption by nearly 40%. The Philips ArenaVision system can also create a magnificent light show, linking with stadium audio and other entertainment systems to enhance the game viewing experience.

Saner Kirik, Sales Director of Philips Lighting’s Turkish Engineering Channels said, “St. Vincent’s Stadium will host major international sports events and various other types of performances. We are honored that Philips Lighting’s new lighting technology can participate in the upgrade of the stadium and create fascinating Experience the game and meet the broadcast requirements of the Sports Association. Our dynamic stadium lighting system has built the St. Vincent Stadium into a first-class sports venue in Europe, injecting infinite energy into the game. We hope to bring the charm of basketball not only to the audience, but also It’s even more for fans who watch the broadcast.”